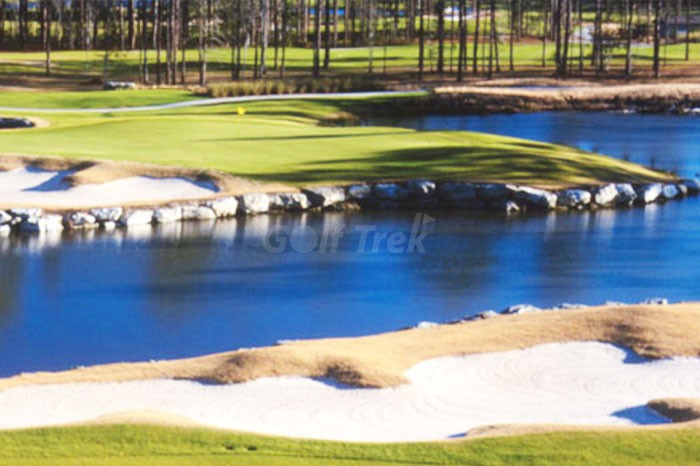 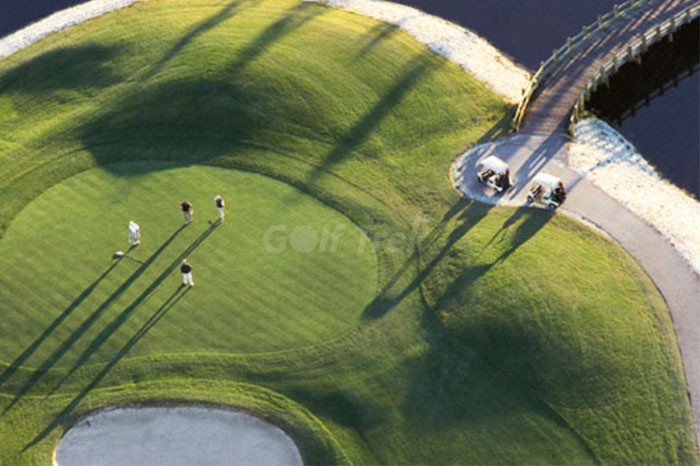 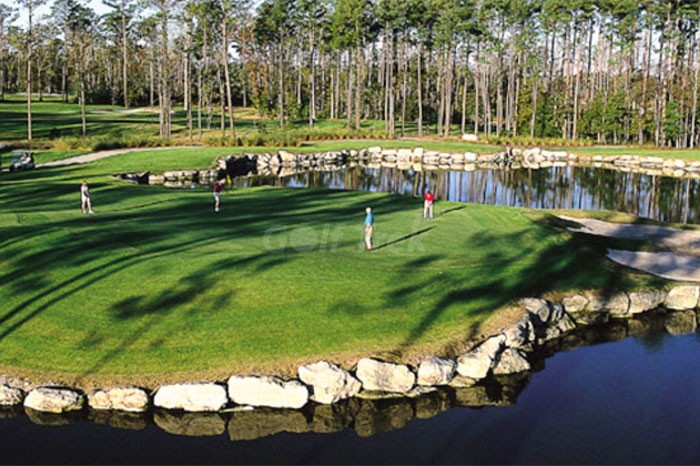 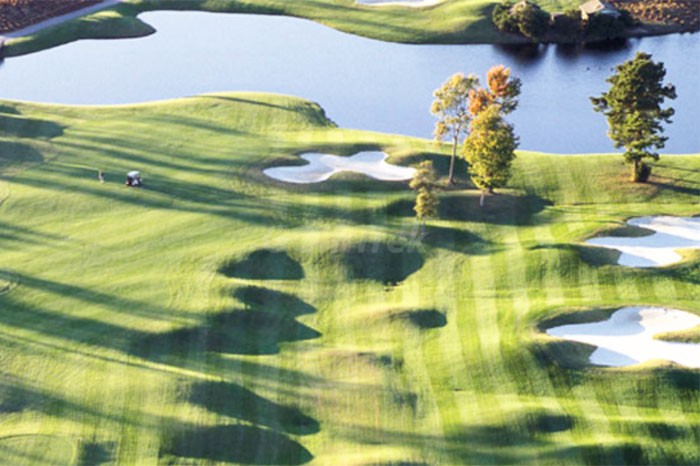 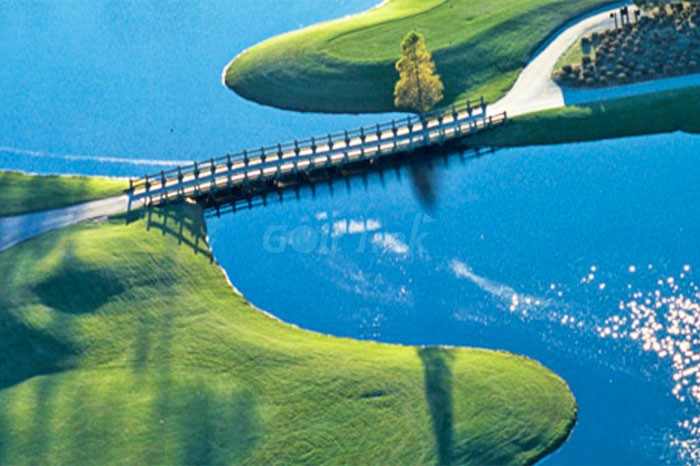 LEOPARD’S CHASE is the newest of the Big Cats family of courses. It opened for public play in February 2007. It is the premier course of the four Cats courses. This newest Cat has quickly received rave reviews for its challenging layout as designed by Tim Cate. This will soon be ranked as one of the must-play courses on the Grand Strand. Course management is the key when playing this highly regarded layout. You will find (hopefully not too often) large bunkers in just the right places. There is a lot of rolling hills feel and you will be tested with many forced carries. The 18th is a spectacular finishing hole. As you stand at the tee box, you will be faced with a 150-yard bunker on the right between the fairway and lake and a 50-yard bunker on the left between the fairway and another lake. Then, you will encounter a two-tiered pond and coquina shell-based waterfall on the short left side of the green as you approach.

Greens were a little rough but overall, nice round.

Greens were a little rough but overall, nice round.

Great course. Tough but not so difficult that everyone could...

Great course. Tough but not so difficult that everyone could enjoy. Hope to plan again real soon.

This is a beautiful golf course. Best kept course we...

This is a beautiful golf course. Best kept course we played on this year.

This was most difficult course of the four cats. Front...

This was most difficult course of the four cats. Front was challenging but fun. The back was extremely difficult with narrow fairways and a lot of water and sand. You should disclose this ahead of time to potential players. We had a higher handicap who struggled here.